The Reason Roundtable « »
What Happens When an Endless War Ends? 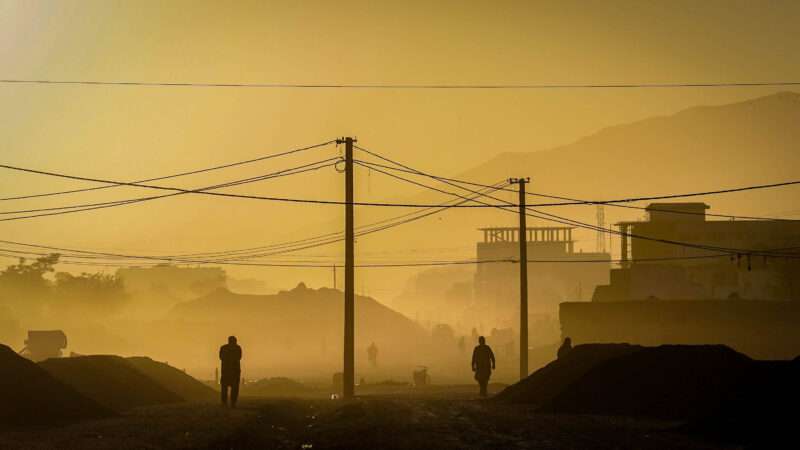 With our regular host on vacation, Peter Suderman takes the lead on this Monday's Reason Roundtable, joined by Katherine Mangu-Ward, Nick Gillespie, and special guest Eric Boehm. The Reasoners reflect on the latest in Afghanistan, discuss deficits and infrastructure, and answer your questions about vaccine mandates.

Discussed in the show:

2:06: A debrief on the situation in Afghanistan

38:48: Weekly Listener Question: "Like many libertarians, probably including yourselves, I'm a vaccinated person who is opposed to the idea of government mandates to get vaccines and other medical interventions, where 'mandate' implies 'get it willingly, or armed agents of the state will come strap you to a table to administer it.' That idea doesn't seem to be gaining real traction in the states yet, but a rash of recent government decrees has me wondering how much choice people are really being given. First, we have governments acting in their capacity as employers to tell public employees 'get jabbed or get fired.' Second, we have the beginnings in NYC and L.A. of barring unvaccinated people from much of public life and business by government decree. Am I crazy to think these are just backdoor vaccine mandates, and if they are, how can libertarians push back on the notion that the mere lack of armed enforcement makes them OK?"

55:16: Media recommendations for the week.

Send your questions to roundtable@reason.com. Be sure to include your social media handle and the correct pronunciation of your name.

Similar a The Reason Roundtable

10h ago10h ago
Subscribe
Unsubscribe
Semanalmente
Sebastian Payne takes you into the corridors of power to unwrap, analyse and debate British politics with a regular lineup of expert Financial Times correspondents and informed commentators. New episodes available every Saturday morning.
C
Can He Do That?

3m ago3m ago
Subscribe
Unsubscribe
Semanalmente
“Can He Do That?” is The Washington Post’s politics podcast, exploring presidential power in the face of weakened institutions, a divided electorate and changing political norms. Led by host Allison Michaels, each episode asks a new question about this extraordinary moment in American history and answers with insight into how our government works, how to understand ongoing events, and the implications when so much about the current state of American life and the country’s politics is unlike ...
I
Intercepted with Jeremy Scahill

19h ago19h ago
Subscribe
Unsubscribe
Mensual+
The people behind The Intercept’s fearless reporting and incisive commentary discuss the crucial issues of our time: national security, civil liberties, foreign policy, and criminal justice. Plus interviews with artists, thinkers, and newsmakers who challenge our preconceptions about the world we live in.
O
OPB Politics Now

3d ago3d ago
Subscribe
Unsubscribe
Semanalmente+
Our world is changing faster than most people can adapt. If you want to survive and thrive in the economy and culture of tomorrow it starts here. Liberty, libertarianism, and Austrian economics are the backbone of our philosophy. Personal autonomy and income mobility is our goal.
F
Face the Nation on the Radio

3d ago3d ago
Subscribe
Unsubscribe
Semanalmente
Margaret Brennan asks the biggest guests the smartest questions. Hear official Washington on the firing line, on your schedule.
T
To the Point

6d ago6d ago
Subscribe
Unsubscribe
Mensual+
A monthly reality-check on the issues Americans care about most. Host Warren Olney draws on his decades of experience to explore the people and issues shaping – and disrupting - our world. How did everything change so fast? Where are we headed? The conversations are informal, edgy and always informative. If Warren's asking, you want to know the answer.
T
The Party Room

1h ago1h ago
Subscribe
Unsubscribe
Mensual+
Want to know what's really going on in Parliament House? Fran Kelly and Patricia Karvelas give you the political analysis that matters and explain what it means for you.
P
Pod Save the People